Algorithms could reduce taxi numbers by half 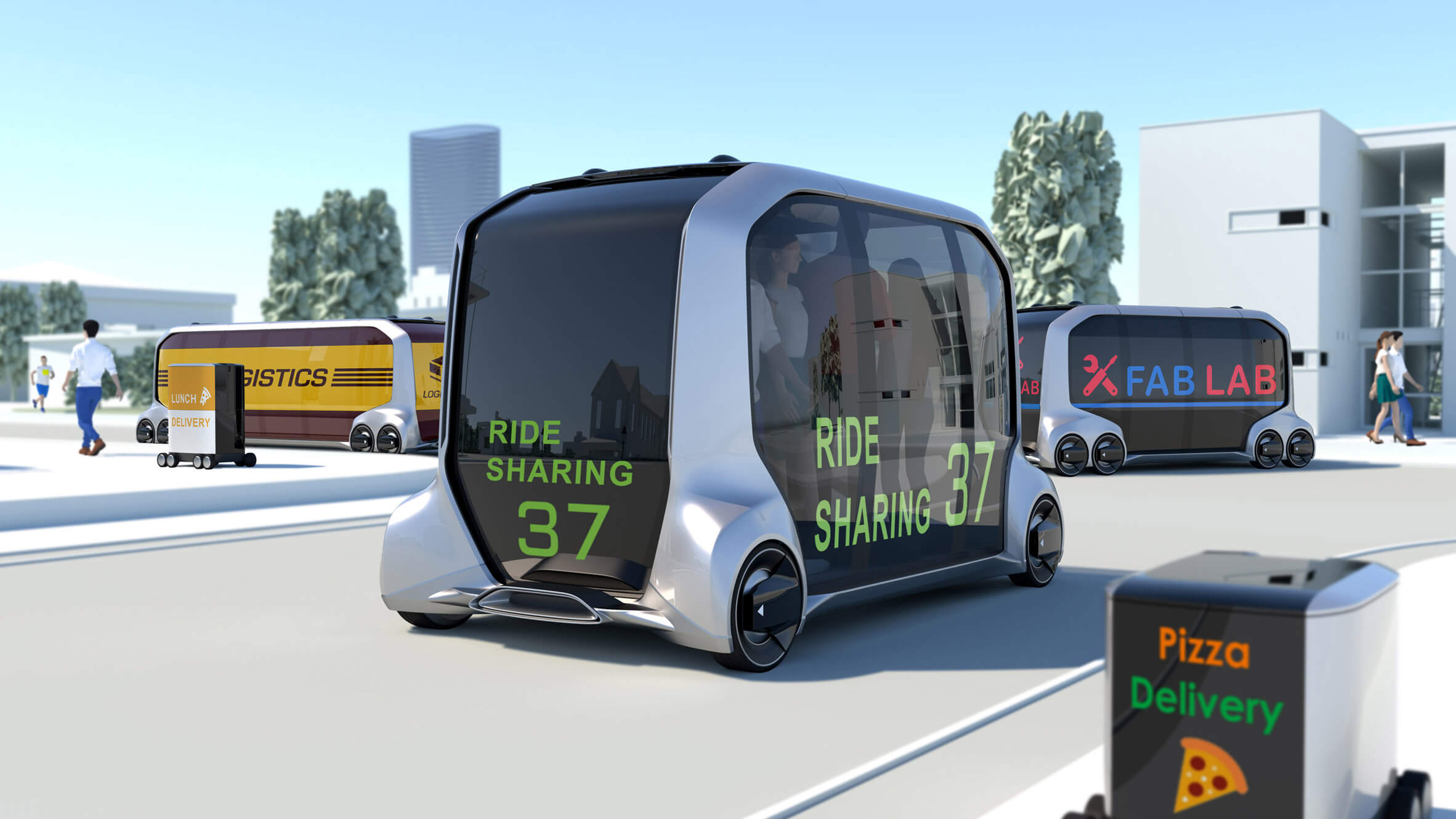 20 Mar Algorithms could reduce taxi numbers by half

Cities would need half as many taxis if human drivers were replaced with robots, according to new research coordinated by Carlo Ratti, director of MIT’s Senseable City Lab.

Autonomous vehicles guided by algorithms could complete the same number of journeys with half the vehicles, the research finds.

The research finds that taxis in urban areas could be deployed with much greater efficiency if routes are optimised and ride-sharing opportunities facilitated through technology.

Human drivers would be more efficient if guided by algorithms

Even if human vehicle operators were retained, cities would need 30 per cent fewer vehicles if routes were decided by algorithms rather than by drivers.

“The implications for big cities is that even with today’s driving technology it is possible to dramatically improve the efficiency of taxi systems by changing the way they are managed,” Ratti told Dezeen.

“For this to happen, however, the business model on which taxis are currently operated — which is essentially 400 years old — should be transformed into a centrally operated and intelligent one.”

However better technology may not reduce congestion in cities, as the introduction of shared autonomous vehicles is expected to increase the demand for taxi services.

Driverless cars could increase congestion as people flock to use them

“One of the predicted effects of shared autonomous vehicles is an increase in vehicular travel demand,” Ratti said.

The statement echoes a claim by transportation designer Paul Priestman, who earlier this year told Dezeen that autonomous vehicles could lead to bigger traffic jams.

“There’s a lot of talk about autonomous vehicles, but my view is that until they all start communicating seamlessly together, you’re just going to get traffic jams full of autonomous vehicles with nobody in them as they go to pick up other people,” Priestman said.

“It’s going to exacerbate the situation rather than improve it,” he continued.

Ratti, who heads architecture studio Carlo Ratti Associati as well as directing the Senseable City Lab at Massachusetts Institute of Technology, spoke to Dezeen as science journal Nature published a research paper by a group of researchers headed by Ratti.

The paper claims to solve the “minimum fleet” problem by producing a mathematical model to calculate the minimum number of vehicles required to provide the mobility requirements of a city.

Focusing on New York, the team looked at data from 150 million journeys and calculated that the city would require 9,450 taxis instead of the current fleet of 13,500 to provide the current demand of 500,000 trips per day, if the routes were planned by artificial intelligence.

“New York would need 30 per cent fewer vehicles if the taxi fleet, even with human drivers, is managed better,” Ratti said. “Essentially, what is required is simply better algorithms.”

Taxi numbers could fall by half

“If we were to look at a fully autonomous city, the reduction in vehicles would be closer to 50 per cent,” he added.

However autonomous taxis would create additional demand and draw users away from other transport solutions, Ratti said.

“Problems might arise from what one could call the ‘unfair competitive advantage’ of vehicle autonomy,” he explained.

“The cost of travelling a mile might drop so substantially that people would abandon public transportation in favor of autonomous cars. That, in turn, could lead to an increase in the number of vehicles in a city—and with that increase, surreal gridlock.”

But he said: “However, our study clearly shows the immense potential of optimising vehicle fleet size and management for improving efficiency, and, ultimately, reduce congestion even in presence of a predicted increase in travel demand.”

Even though Ratti and his team looked specifically at Manhattan, he said the predicted efficiency gains could be expected in other large, dense cities.

“We can reasonably assume that similar figures would apply to other big cities,” he said.

Mobility sharing is only effective in dense urban areas

“As for smaller cities, additional studies are required,” Ratti added. “I would expect that the same would apply up to a certain point, but then decrease when density becomes too low [as] opportunities for mobility sharing closely depend on the density of trip demand, which is expected to be lower in less dense cities.”

The “minimum fleet” problem has stumped scientists for years, meaning that city authorities and fleet providers alike have been unable to calculate the optimum number of vehicles required to provide an efficient service.

Now Ratti and his team claim to have solved the problem. Their mathematical model, published in Nature today under the heading Addressing the minimum fleet problem in on-demand urban mobility, assumes that vehicle routes are assigned by algorithms rather than humans.

“It shows that tomorrow’s urban problems regarding mobility can be tackled not necessarily with more physical infrastructure but with more intelligence,” Ratti said. “In other words: with more silicon, and less asphalt.”

Researchers will study parking spaces next

“If we were to consider replacing the current taxi system in New York with an optimized fleet of vehicles, we would have to find the best way of serving the around 500,000 trips made in a day, which are currently served by about 13,500 taxis,” said Santi.

The team will next look for a mathematical model to calculate the minimum number of parking spaces required in a city.

MIT’s Senseable City Lab explores how technology will impact cities and the way people live in them. MIT was ranked at number 77 in the latest Dezeen Hot List of the most newsworthy forces in design, while Carlo Ratti Associati was ranked at 300. Ratti is also a judge for Dezeen Awards 2018.